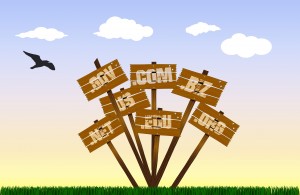 In a decision of the Paris Cour d’appel dated November 8, 2016  (Pole 5, ch. 1, Mr X./Team Reager AB and Stone Age Limited), the judges reversed an expert’s decision at the WIPO Arbitration and Mediation Center dated July 29, 2013 who ordered the transfer of a domain name to a community trademark owner prior to the registration of the disputed name.

Transfer of the domain name ordered by the WIPO

The Swedish company Team Reager AB, created on September 9, 2010 and specialized in design of products and services related to mobile phones, had launched through Moobitalk UK Limited its sister company, a hands-free device called “Moobitalk”. On February 10, 2011, it registered the community word mark Moobitalk, designating particularly telecommunication services, and assigned its rights on the trademark to Stone Age Limited on April 14, 2014.

Mr. X., managing director of companies operating in the Middle East, particularly in Yemen where he was born and is resident, had for several years operated communication services based on the “moobi” suffix (phonetic transcription of “mobi” meaning “mobile phone” in Arabic), and especially “chat” type services called MoobiChat and Moobitalk, in different countries of the Near East and the Middle East. On April 17, 2011, he registered the domain name <moobitalk.com>.

Team Reager had filed a UDRP complaint with the WIPO against Mr. X, and the Expert had ordered the transfer of the domain name <moobitalk.com> on July 29, 2013 on the grounds that Team Reager was the owner of the community trademark Moobitalk prior to the disputed name.

An ownership claim to the name

However, on August 27, 2013, 8 days following notification of the decision, Mr. X brought Team Reager before the TGI of Paris to settle whether he was the legitimate owner of the domain name <moobitalk.com> and to obtain its restitution. However, the TGI rejected the arguments put forward by Mr. X. It upheld the acts of infringement committed against the community trademark Moobitalk and ordered the transfer of the domain name ‘moobitalk.com’ as compensation.

However, Mr. X appealed against that decision in order to reclaim ownership of the disputed domain name. Indeed, the Cour d’Appel held that there was no trademark infringement insofar as the <moobitalk.com> site was not targeting an audience in the European Union but only in the Near and Middle East. Neither the use of the generic extension “.com” nor the use of the English language on the website demonstrated <moobitalk.com>’s owner’s will to target the European public.

The court therefore reversed the TGI judgment and dismissed the claims of Team Reager and Stone Age with respect to infringement of the community trademark Moobitalk and the violation of TeamReager’s rights over that trademark, and ordered restitution of the domain <moobitalk.com> to Mr. X., its owner.

Can we appeal a UDRP decision?

The decision recalls the rules for an appeal of a UDRP decision. This action is possible provided that it is brought within ten days following the notification, in order to avoid cancellation or transfer of the name. Thereafter, the competent court is either where the registered office is located or where the domicile of the domain name owner is located. In the context of proceedings relating to the domain name <moobitalk.com>, the independence of French judges from the WIPO must be emphasized, since the Paris Cour d’appel reversed the judgment of the WIPO experts and ordered restitution of the disputed name.

IPzen protects and defends your IP rights on the Internet
Get peace of mind by subscribing to one of our watch services. You will be able to protect your intellectual property rights without risking any potential usurpation. As soon as any usurpation of your rights is detected, the results will be automatically sent to you. Ipzen Enforcement is THE service specially designed to transfer or cancel a domain name which usurps your rights. IPzen will therefore strive to remove any content which may compromise your business interests and will assist you in dispute resolution.