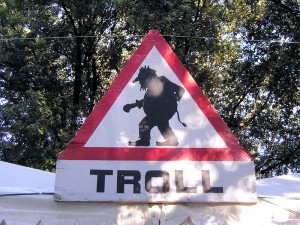 It is important for a business, irrespective of its size, to protect its creations, investments and business. Proper management of your trademark portfolio or patents and protection of your rights contribute to the healthy development of a company and its business.

For several years, the world of industrial property experienced the phenomenon of “patent trolls” or Non Practicing Entity (legal entity without any activity, ndlr) the objective of which is to constitute a patent portfolio and then to oppose them to potential infringement and by proposing them to enter into licensing contracts under the threat of infringement claims and actions for injunctions. These patent trolls do not engage in production activities and are not competitors of their victims. Their sole purpose is the financial valuation of their shares by licensing them against hefty fees. For example, Apple has been involved in numerous lawsuits against VirnetX which is a troll known in the United States to derive its revenues solely from lawsuits against major companies like Apple, Microsoft, Cisco or Siemens. Thus, on September 30, 2016, Apple was sentenced by the Federal Court of Texas to pay more than $ 302 million to VirnetX for using its patented Internet security technology without permission. Apple had already been ordered in 2013 to pay $ 368 million damages to VirnetX for infringing its patents by creating FaceTime and using its own VPN in iOS.

From patent trolling to trademark trolling

While patent trolls persists, the issue has evolved towards the “trademark troll” (or “marque troll” in French). Based on the same system, persons or companies register trademarks without the intention of using them for trade or production of goods or services, but as a means of pressure against companies whose trademarks have been “stolen” by these trademark trolls.

All companies, including big companies with notorious brands, but more specifically SMEs and start-ups, are targeted by this practice.

In the United States, 47/72 Inc. filed a large number of trademark applications with the US Patent and Trademark Office (USTPO), which seemed to evoke well-known brands or well-known phrases or words widely used on the Internet. On April 27, 2016, 47/72 Inc. filed the “OH SNAP! CHAT.” in class 35. There is obviously a reference to the trademark “SNAPCHAT.” filed by the company of the same name and corresponding to the recently popular social network. The registration application of the mark “OH SNAP! CHAT.” is still under examination as the examiner found a likelihood of confusion with the sign “SNAPCHAT” filed on May 4, 2015 by Snap Inc. (formerly Snapchat) in classes 35 and 42. 47/72 Inc. has filed many other signs such as “PERISCOPE”, “99 PROBLEMS”, “HATERS GONNA HATE”, etc.

Trademark trolls traditionally play with notorious trademarks by filing them in countries where the trademark has not yet been registered. The trademark will then be registered for goods and services quite similar to those developed by the business. Therefore, when the business would be set up in the same country by filing its trademark application, it will be confronted with the original applicant who will claim money in exchange for assignment of the trademark under the threat of an infringement claim before the courts of law.

However, this practice can also affect smaller businesses that may wish to expand to other countries in the near future.

In such circumstances, original trademark owners are advised to identify, the countries and classes in which it will be fundamental to file the trademark as soon as possible, and to do so before launching the product or service under the brand.

Special attention should be given to “first to file” countries, in which anyone can file a trademark, regardless of whether it is known worldwide and already filed in several countries, or of whether the applicant has any actual intention of using the trademark.

The example of China

China is particularly targeted by the practice of trademark trolling and there are several examples to illustrate this.

Thus, the French winemaker Castel Frères SAS experienced this when the company Li Dao Zhi registered the sign “Ka Si Te”, the Chinese translation of “Castel”. However, Castel, which began selling its products in 1998 in China, did not apply to register the “Zhang Yu Ka Si Te” sign until 2002. Having learned that Li Dao Zhi is the holder of the KA SI TE trademark since 2000, Castel Frères SAS filed a request to cancel the trademark registration based on non-use in 2005. However, prior to this request, the Chinese company had begun to make use of its trademark. It therefore sued Castel Frères SAS for infringement. The French company was then ordered by the Chinese courts to stop any sale of its products and to pay $ 5 million to Li Dao Zhi. The French company was forced to obtain a license from the Chinese company to continue using its trademark and to sell its products in the country.

On May 1st, 2014, China adopted a new trademark law with clearer guidelines on the recognition and protection of notorious trademarks in China in order to fight against trademark trolls. Trolls often turn out to be agents mandated by licensees to file trademarks and abuse the “first to file” system. The law must then provide for good faith and confidentiality requirements for agents and prohibit them from registering a trademark outside their mandates or if they are aware of the existence of a similar trademark. However, this law remains insufficient since the trolls are not always agents but members of the public who are not related to the trademark owner.

The Castel Frères SAS case is now being handled by the Chinese Supreme Court, which suspended the fine and is now re-examining the dispute.

Moreover, in another well-publicized case dating from 2012 involving US-based Apple Inc. and the iPad in China, Apple finally paid $ 60 million to the Chinese company, Proview Technology in order to be able to use the trademark for its goods in China.

Trademarks trolls are a current issue and can affect all trademarks owners, whether they are big companies, SMEs or starts-up. Everyone must be cautious about their intellectual property rights and the countries in which their good(s) or service(s) will be traded. Indeed, trademark troll phenomenon can extend to domain names, which may be directly affected by the use of a trademark, and thus to the image of the brand on the Internet for Internet users.

We also invite you to learn more about the phenomenon of trademark zombies in our article: The zombie trademark: the resurrection of a trademark with a particular level of notoriety

IPzen protects and defends your trademarks

IPzen is the solution to simplify your trademark portfolio management. Thanks to its trademark management module, you will have access to in-depth information on each trademark, a quick overview of their registration status and an automatic calculation of official deadlines. Managing your IP rights has never been easier!