Can Snapchat be sued for its Speed filter, which is considered dangerous?

Home / Blog / Can Snapchat be sued for its Speed filter, which is considered dangerous?
Blog, intellectual property, Social Networks 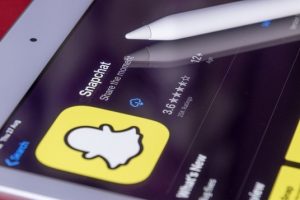 Can social media company Snapchat be sued for designing a Speed filter in such a way that it allegedly encourages dangerous behavior?

After 2 kids died in a car crash while using Snapchat, Court says family members may sue the social media company in question.

Snapchat is a social media application that users can download on their smartphones or tablets to take temporary pictures and share them with friends. Users can set time limits (up to ten seconds) on an image and send to certain friends, and those friends will be able to view the image for that period of time.

Users can also send short videos which disappear after the video has ended. Snapchat has added new filters to the app, one of which displays the speed at which the user taking the picture or video is traveling.

Where most filters alter the image by changing its color or adding a location to the picture, the speed filter displays the user’s current speed onto the image. For example, a person sitting still will have “0 mph” appear on an image and a user in a moving vehicle will have a reading that matches their speedometer.

While this could be a fun feature for users in buses, trains, and the passenger seat of a car, it has raised some concerns and safety questions among those familiar with the app.

On May 4, 2021, the Ninth Circuit reversed the district court’s judgment for Snap, Inc., owner of the mobile application Snapchat, in a case brought by the parents of two teenage boys tragically killed in a car accident.

The parents claimed that Snap, Inc. caused the death of their sons through its negligent design of Snapchat.

They claimed that their sons were encouraged to drive at dangerously high speeds by a Snapchat filter which purports to show the user’s real-time speed (the “Speed Filter”).

Shortly before the accident one of the boys opened Snapchat to use the Speed Filter, believing that posting a video of them traveling over 100 m.p.h could result in rewards within the app.

The parents of the two teenagers, said there had been at least three other crashes of vehicles whose occupants tracked and posted their speeds with Snapchat devices. The parents were not trying to blame Snap for the content of messages posted.

Instead, they were seeking to hold Snap responsible for its own alleged negligence, “contending that the app’s Speed Filter and reward system worked together to encourage users to drive at dangerous speeds.”

Snapchat responded by asserting that the company could not held liable as the Speed Filter is nothing more than a content creation tool within the platform that requires actual publishing to come from third-party users.

In most cases, Section 230 of the Communications Decency Act indemnifies the creators of an “interactive computer service” against liability for consumer misuse of their publishing tools. The law prevents social media platforms from being treated as the publisher of user-generated content.

U.S. District Judge Michael Fitzgerald of the Central District of California agreed, first dismissed the case by reasoning that it sought to treat the company “as the publisher or speaker” of “information provided by another information content provider”. But a three-judge panel on the U.S. Court of Appeals for the Ninth Circuit reversed Fitzgerald’s decision, reasoning that the central issue in the case concerned Snapchat’s product design, not whether it was responsible for content created and posted by users on the app.

In short, Snapchat is being sued for the predictable consequences of designing Snapchat in such a way that it allegedly encourages dangerous behavior.

The 9th U.S. Circuit Court of Appeals has ruled that social media company Snap may face a lawsuit by parents who claim the popular app contributed to the deaths of their teenage sons.

The justices were unanimous in their ruling, finding that Snap was not shielded from litigation by Section 230 of the Communications Decency Act (CDA).

That provision has generally protected media companies from litigation over content posted on their sites by third parties.

The appeals court decides that this isn’t actually a Section 230 case since the parents aren’t attempting to hold Snapchat accountable for user-generated content.

Instead, it points out Section 230 does not immunize service providers from being held liable for software features they themselves create.

Snapchat’s terms of service states: “Do not use ours services in a way that would distract you from obeying traffic or safety laws. And never put yourself or others in harm’s way just to capture a snap.” The filter itself contains a small warning that says “don’t snap and drive“.

The filter in question is no longer available on Snapchat, and it is also important to note that, when used, the social network itself issued alerts against dangerous driving before any recording started.

It is not the first time, however, that Snapchat’s speed filter led to lawsuits against the company: in 2016, an Uber driver sued Snap after having his car crashed by a man who admitted he was using the filter to exceed the speed of 100 m.p.h. Initially, a smaller court ruled in favor of the Uber driver, but a subsequent appeal overturned the decision.

Snapchat raises a lot of questions on intellectual property and especially on trademarks. IPzen gives you the ability to work with total security on all your case and trademark portfolios, anywhere and anytime.

Designed by IP lawyers for IP professionals, law firms and corporations, IPzen has been developed with the requirements of managing an entire IP rights portfolio in mind. We keep you informed about the modern requirements and challenges of IP portfolio management through articles written by the IPzen team.