Challenge to the validity of the « three-stripes » figurative trademark of Adidas, because of a lack of distinctiveness. 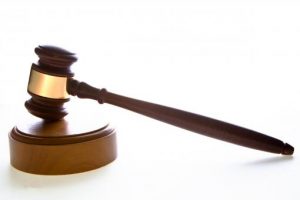 According to the judgment « Adidas AG / EUIPO », T-307/17, of the 19th of June 2019, the General Court (ninth chamber) of the European Union dismissed an appeal by Adidas against the decision of the EUIPO to declare the famous « three-stripes » figurative trademark invalid on the grounds it lacked distinctive character.

This began when Adidas opposed the registration of the 2 stripes trademark of its competitor, Shoe Branding, who counterclaimed to have the Adidas “three-stripes” registration declared invalid on the grounds it lacked distinctive character. By a decision of  30th June 2016, the cancellation division of the EUIPO declared the Adidas registration invalid, and by decision dated 7th March 2017, the second Board of Appeal of the EUIPO upheld the original decision to cancel the Adidas trademark.

According to the Court, Adidas had proved only that the necessary distinctiveness had been proved in only 5 of the EU member states.

It is important to remember that the distinctiveness is not established by providing evidence of sales and marketing figures for the products and services, but is judged by reference to the relevant public’s perception of the trademark. The Court said that distinctive character must be assessed, first, by reference to the goods or services in respect of which registration has been applied for and, second, by reference to the perception which the relevant public has of those goods or services. This meant that the Court considered the relevant public consists of all potential consumers of those goods in the European Union, and on the evidence filed said they would not make an obvious link between the « three-stripes » and the owner (Adidas). Although the « three-stripes » became the symbol of Adidas a long time ago the evidence filed by Adidas did not demonstrate an obvious link between the sign as registered and the products for which it is registered. There was no direct evidence the “three-stripes” as registered were actually used on the products covered in the registration. Therefore, the trademark’s distinctive character, and so its validity, could not be upheld.

The Court already accepted that a repetition of signs for a figurative trademark could be a valid trademark (TUE, 9th of november 2016, Birkenstock Sales/EUIPO, T-579-14 Representation of a pattern of wavy, crisscrossing lines). Nevertheless, in this case, the Court thought the trademark is composed of obvious non-distinctive elements.

Distinctive character can be acquired through use after registration (Com. 6th Déc. 2016, n°15-19048), but under the Directive 2008/95/CE of the 22nd of October 2008, evidence that the registration has acquired distinctive character has to be shown in each country of the European Union, (CJUE, 3rd chamber, 25th of July 2018, Nestlé SA c/ Mondelez UK Holdings & Services Ltd). Adidas was criticised for not having provided evidence covering every state of the EU. According to established case law, it is necessary to prove distinctiveness in all the states of the Union. On the other hand case law makes it clear that it may be sufficient to prove distinctive character in a substantial part of the EU dependant on the geographic importance of the states where distinctive character has been proved (CJUE, 24 of May 2012, Chocoladefabriken Lindt & Sprüngli AG c/ OHMI, C-98/11 P). Adidas could benefit from this case law.

Arguably, according to the Council Regulation n°207/2009, the European Court is going against the past judgments, but the decision is a necessary reminder of the need to prove distinctiveness acquired through use, in each country of the Union.

In the circumstances of this case, an appeal to  the Court of Justice of the European Union is to be expected because of the effect of this decision on Adidas, which has registered several figurative trademarks of this kind. It may also have an effect on many other trademark owners. This judgement relates only to the specific trademark registration challenged and does not directly affect the other trademarks of Adidas, nor of any other owners.

IPzen can assist you in the management of your trademarks portfolios in all countries of the world. Do not hesitate to contact us.