Cloud technology – From an economic standpoint 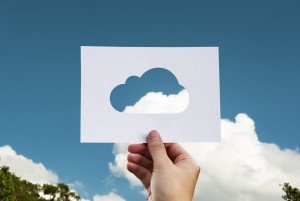 There is undoubtedly a consensus around the idea that the present decade will go down in history as the decade of cloud. That being said, the cloud has also created economic models for businesses which can be categorized as public, private and hybrid cloud economies.

Private cloud economy is a closed economy: it is self-sufficient, the goal being to provide consumers with everything they need from within. In this scenario, businesses are themselves responsible for both supply and demand of cloud services. Such businesses are cloud providers and must fully understand the supply-side economics of cloud services. The cloud, being a service-based economy, has somewhat upset the IT industry which was asset-based until fairly recently. A new and fresh mindset was necessary in order to keep up with evolving technology and economies created on account of such technology.

The question of how, exactly, to go about building a private cloud, must be considered because there are different possible approaches. In any case, special cloud software must be deployed in order to manage the different resources. A new pricing paradigm must also be implemented, in order to create possible realistic comparison with public cloud resources and pricing.

Extensive research quantifies the moment when the public cloud becomes more effective than the private cloud. Two parameters are considered in order to determine this tipping point and these are, respectively, how well-utilized the private cloud is and how efficient the workforce is.

In order to make this determination one must compare TCOs of both possible options, which is calculated based on cloud footprint size, management costs and efficiency. Indeed, the Total Cost of Ownership (TCO) should be the preferred financial metric to compare direct and indirect costs of the service. As a result, self-managed clouds can undoubtedly end up being the cheaper option than the public cloud, provided that labour efficiency and utilisation are high: using the right private cloud solution can ensure a balanced, optimised utilisation in-house as well as reduce labour costs.

Making the switch to the cloud can potentially be very cost-efficient. However, naturally, such cost efficiency will depend highly on how the cloud is managed. The cloud has already exercised its’ appeal on many corporations who wind up shocked at the end of the month when the bill rolls in with surprising costs. A few understandable reasons are behind this, most notably the fact that the general state of mind has not changed since the time of legacy data centers: people who were accustomed to long provisioning cycles now find themselves with as much self-service infrastructure as they want, and because they are in a one-server state of mind, they are opening up multiple instances and keeping them open 24/7. The model has changed but the habits have not, and operational efficiency suffers when users have not quite understood what “pay-per-use” means. Incidentally, legacy data centers enshrine the way businesses ran over a quarter of a century ago: hardware is slow and expensive to maintain, and many legacy programming languages are dead; COBOL programming language is no longer taught in schools and is a job repellent on a CV, as it implies that one is far from cutting edge in their field.

Legacy data centers can prove to be difficult to leave behind, and when asked why they have not yet migrated to more modern technology, CIOs generally mention tight budgets as well as the cost and risk of moving. What they have trouble complying with is the fact that every aspect of the company must be examined and overhauled regularly, without exception, or the company would go out of business. Making a move requires a concerted determination to change, and as we all know, it is always tempting to keep things the way they are. Status quo is less intimidating.

But operational inefficiency is not the only inefficiency that can potentially bloat the cost of moving to the cloud; financial inefficiency, which takes the form of bad decision-making because (once again) of fear, is a big issue that has to be addressed beforehand. Indeed, the easiest option is to select the less intimidating “on-demand” pricing model instead of leveraging upfront commitments. Another common operational error that is susceptible of generating skyrocketing costs is the well-meaning will to spin up instances that are too big for the considered workload, as opposed to adequately sized and tailored to the business’s requirements. As we can all agree to pick the shoe size that fits the foot, oversized instances that are underutilised may very well end up costing much more per hour than smaller instances which would be a better fit for the considered workload.

Crazy success stories such as Amazon point to the strength of reinforcing a good business strategy with the best IT infrastructure. This is why I strongly recommend taking the leap, all the while ensuring that your plan is viable and adapted to your business. IPzen offers a case management solution on a private cloud with their own virtual machine for every client and a sliding scale, pay-per-user model, which is easier to handle for the average layman who does not know how to begin analyzing cloud models.