The dispute resolution policy which governs the <.cn> domain has extended the term within which action may be taken from 2 to 3 years.

Home / Domain Names / The dispute resolution policy which governs the <.cn> domain has extended the term within which action may be taken from 2 to 3 years.
Domain Names 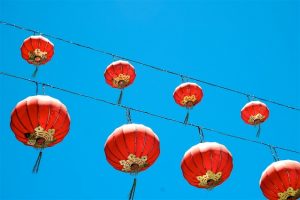 On March 2017, the new General Civil Chinese Law Rules extended the general limitation period for civil actions from 2 to 3 years.

Since then, many recommendations have been made about the need to change the China Internet Network Information Centre (CNNIC) dispute resolution policy which barred action against a <.cn> domain name which had been registered for more than two years to accord with the one established under the Civil regulation.

The CNNIC developed its first domain name dispute resolution rules in 2000, and following the provisions under the General Civil Law Rules of People’s Republic of China, in force at that time, set a term of 2 years following registration within which action had to be taken.

The CCNIC  was established June 3, 1997 who is the registry for domain names in China.

Indeed, the China Dispute Resolution Policy (CNDPR) is the only dispute resolution policy which sets a time limit within which to admit complaints about domain names.  This 2 year time-bar has been seen as an effective barrier to challenging any <.cn> registrations, because after the 2 years period, the only possibility was either to negotiate or attempt court action. Fortunately, in order to align the CNDPR time limit for action to the General Civil Law rule, it has been reviewed and extended to 3 years. This was implemented on 18 June 2019, and provides more flexibility to complainants to initiate alternative dispute resolution proceedings against domain names in the <.cn> name space.

Despite this good news there are still some unanswered questions; in particular whether the change to the new term has retroactive effect, or will apply only to those domain names registered after the change in the policy became effective.