Further clarifications on UDRP procedures as explained by the WIPO Overview 3.0 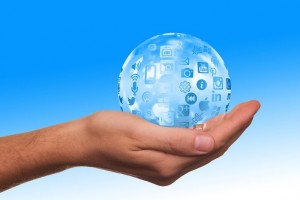 Since the creation of the UDRP procedure at the end of 1999, practitioners of the law have expressed their desire for a memorandum summarizing the consensuses among UDRP decisions. The mainly argued legal certainty. WIPO was receptive and started publishing official Overviews. The third one version was announced on May 23, 2017 (version 3.0), replacing the previous one published in 2011(version 2.0). Thanks to this, a few significant changes are worth looking at. The drafting is still complex and some points should be examined.

1/ The consequences of the multiplication of TLDs

ICANN launched the project of  new gTLDs. The first cycle of applications was opened in January 2012. After examination, the new gTLDs were launched on the market in October 2013. A second phase of applications is announced around 2020. The possibilities of combinations of domain names have greatly increased. A company can register more precise domain names which will be more suitable to their goods and services. This raise can also make following the procedures more complexe. Until now, in practice they were ignored while appreciating the 3 criterion composing a UDRP complaint. Now, it would appear they would be of importance concerning the proof of the absence of rights or legitimate interests and the registration and use in bad faith. For example, for the domain name <hugoboss.clothing>, the panel decided that the respondent had chosen his extension in the aim of beneficiating of the reputation of the well-known brand HUGO BOSS. The extension would permit to accentuate the confusion created by respondent. In this case, respondent had no rights or legitimate interests in the domain name and had registered it and was using it in bad faith. the panel ruled in favour of a transfer. (WIPO, n°D2014-2022, Hugo Boss Trade Mark Management GmbH & Co. KG, Hugo Boss AG v. Whois Agent, Whois Privacy Protection Service, Inc. / Tiagra Investments, Christopher Murphy). The same observations are relevant for IDNs (International Domain Name) which recently developed as well. Thanks to them, a registrant can register a domain name including non latin letters or symbols. Many countries have taking the opportunity to register the extension of their country. For example, the Qatar used this possibility. The translations of these domain names are taking into account by panels while rendering their decisions in UDRP proceedings.

2/ The enforcement of UDRP decisions

A second issue concerns procedure. It is the first time that WIPO rises this question of the enforcement of UDRP decisions. The Overview 3.0 reminds us that the involvement of WIPO ends with the notification of the decision to parties and to the concerned registrar, the latter being subject to a contractual obligation with ICANN to execute the decision. The registrar can be liable. There are service providers that can help complainant with keeping tracks of their domain names and the enforcement of their UDRP procedures. The IPzen software can help companies.

3/ Recommendations and reminders of WIPO

Finally, WIPO warns that the Overview is destined to parties and is not mandatory for panels to follow. Panels are free to decide regarding the facts of the case in a way they believe to be fair. Concerning parties, they cannot simply copy the content of the Overview without adding any elements to their complait.

In conclusion, the new version published by WIPO brings new elements for practitioners to help them. This procedure is still complex. The drafting of a UDRP complaint requires the assistance of specialized service providers. IPzen is a cloud-based software that can assist you throughout each step of the procedure, from retrieving a domain name to drafting and filing a complaint, all the way through to enforcement.