How to fight cybersquatting in Russia? 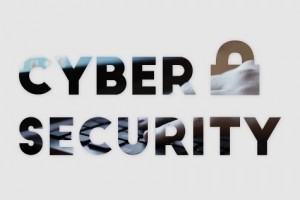 In Russia, no specific procedure is provided for the settlement of country code top-level domain (ccTLDs) disputes. A special defense strategy must therefore be adopted to fight cybersquatting in Russia.

Cybersquatting on the rise in Russia

The number of Internet users in Russia is increasing year after year. In 2015 alone, the number of Russian users who surfthe Net on mobile devices increased by 90%. Consequently, the number of domain name registrations is growing rapidly.

Indeed, the rules on country code top-level domain name registration have become more flexible over recent years, and today one can easily register a domain name in .ru ou .рф, since registration of gTLDs in non-latin based scripts was enabled in 2009. This has led to an increase in the number of Russian cybersquatters as well as a surge in fraudulent domain name filings.

The fight against cybersquatting in Russia: a step-by-step guide

In order to take action against a cybersquatter in Russia, one must first ensure themselves that the intellectual property rights in question are in force in Russia: the Russian territory is not automatically covered by a European Union trademark.

One must therefore serve a formal notice to the fraudulent party. In the absence of a reply, a lawsuit under Russian law can be filed. Note that a formal notice should be sent prior to any action in a commercial court. However, sending a formal notice is not a necessary prerequisite if the dispute is brought before a court of common law.

In Russia, the UDRP procedure is not applicable to domain name disputes for domaine names such as <.ru> ou <.рф>, contrary to domain names in new generic top-level domains (new gTLDs) such as <.moscow>.

Get peace of mind by subscribing to one of our watch services. As soon as any usurpation of your rights is detected, you will have automatic access to the results. IPzen Enforcement is the service specially designed to transfer or cancel a domain name which personifies your rights. IPzen will therefore attempt to remove any content which may compromise your commercial interests and will assist you in the dispute resolution procedure.

With IPzen, you can also detect and notify legal services of social networks of any impersonation of usernames. You will thus enjoy a 24/7 surveillance set up in particular on Facebook, Twitter, MySpace, Instagram, YouTube, Dailymotion, LinkedIn, Viadeo, and many other networks, to counter cyberquatting and username squatting.