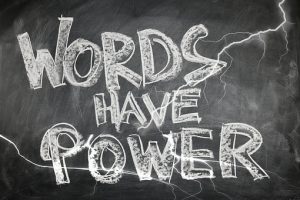 According to article L.713-3 of the French Intellectual Property Code, in order to allow that a sign imitates an earlier trademark, a similarity must exist between the signs in question and the products or services must be identical or similar. This must also lead to a risk of confusion for an averagely attentive consumer.

The danger of confusion between signs is assessed globally on the basis of all relevant factors in the case in question. With regard to the visual, phonetic and conceptual similarity of the trademarks in question, this global assessment must be based on the overall impression created by the signs, notably taking their distinctive and dominant elements into account. The visual or conceptual similarity between the trademarks in question has traditionally been assessed by comparing the signs as patented, independent from the use made thereof.

In a decision dated 8 February 2018, the Court of Appeal of Douai took into consideration not just the visual and phonetic similarities but also the specific meaning of the signs in order to assess the absence of any danger of confusion between the two trademarks in question (Douai Court of Appeals, 1st Chamber, Section 2, 8 February 2018, no. 17/04715).

In this case, the company Décathlon had lodged an objection to the registration of the verbal trademark “Résathlon” on 27 November 2016 on the basis of its earlier EU trademark “Décathlon” dated 28 April 2004. These two trademarks were in fact used to refer to identical services such as advertising, sporting activities and software design. The objection having been rejected by the Director General of the French patent office (INPI), Décathlon then filed an appeal with the Court of Appeal in Douai. This decision has been confirmed by the order issued by the Court.

In fact, the Court considers that “the term “Décathlon” is a proper noun that designates a men’s athletics event consisting of ten different competitions and, therefore, a sporting activity in the literal sense, the term “Résathlon” has been made up. It has been created by using the term “resa” in reference to the notion of reservation, and the suffix “-athlon” in reference to sporting activities. In doing so, it acquires a meaning that is different from that of the brand Décathlon”.

Similar interpretations have been applied in numerous decisions. For example, it has been accepted that there is no danger of confusion between the earlier trademark “Cultura” and the trademark “Culturapy”, the Court having considered that the disputed sign constituted an “arbitrary neologism evoking the notion of joy or therapy through culture” (Court of Appeal of Bordeaux, 1st Chamber, 18 January 2016, no. 15/00352). Similar, in the Cicaderma v. Cicareva ruling, the Court concluded that there was no danger of confusion due to the major conceptual differences separating the trademarks: the earlier trademark referred directly to skin creams aimed at reducing the visibility of scarring, while the disputed trademark was a work of the imagination (Court of Appeal of Lyon, 1st Chamber, 25 July 2013, no. 13/01142). Finally, in the Angulus v. Angel’us ruling, given that the earlier trademark was a Latin word meaning angle while the disputed trademark consisted of an association between the words Angel (“ange” in French) and the abbreviation for the United States (US), the Court considered that there was no danger of confusion between the two trademarks in question because of the absence of any conceptual similarity, despite the obvious visual and phonetic resemblance (Court of Appeal of Aix-en-Provence, 2nd Chamber, 25 June 2015, no. 14/14876).

Therefore, in accordance with established case law precedent, it should be noted that the danger of confusion between two signs with strong visual and phonetic similarities must be set aside if these have different meanings.