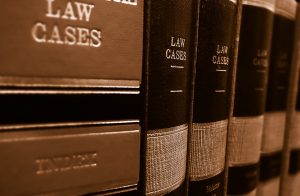 According to the judgment “Société Roche Bobois Groupe v. Société Caravane” of 23 January 2019, n° 17-18693, the French Cour de cassation held that a sign used to reference a piece of furniture may constitute a trademark infringement. In the present case, Roche Bobois had marketed sofas referenced as “Karawan”. Caravane, considering this exploitation damaging, sued Roche Bobois for infringement of its “Caravane” trademarks (both French and international).

Asserting that the use of a sign as a reference is common in the furniture sector, Roche Bobois claimed that the consumer was not likely to think that the sign “Karawan” was an indicator or origin of the products and is therefore not used as a trademark. Thus, Roche Bobois claimed that there was no infringement of the trademark “Caravane”. In its decision, the French Cour de Cassation ruled in favor of Caravane. The Court states that “the presence of the trademark “Roche Bobois” and the marketing of the products in a store dedicated to this trademark were not such as to remove the function of the disputed sign as an indicator of origin”.

The French Cour de Cassation  applied article L. 713-3 b) of the French Intellectual Property Code, which prohibits “The imitation of a mark and the use of an imitated mark for goods or services that are identical or similar to those designated in the registration.”

As such, Roche Bobois was counterfeiting. Indeed, the Court held that the sign “Karawan” was not solely used as a sign to reference but as a trademark. Relying on different indicators, the Court found that the sign was used as trademark. Indeed, the sign “Karawan” was not only written in large letters and clearly displayed on advertising posters but the trademark “Roche Bobois” was not clearly visible to the customer (at the bottom of the advertising posters, in small characters, etc.). Furthermore, a Google search combining the terms “sofas” and “Karawan” led to products of Roche Bobois. The sign was therefore not used for referencing purposes but solely for distinguishing and individualizing products as being those of Roche Bobois. Then, there was a risk of confusion in the minds of the public between the trademark “Caravan” and the designation “Karawan”. As a consequence, the use of the sign “Karawan” by Roche Bobois infringed the “Caravan” trademark.