Latest report by OECD and EUIPO on « Trends in trade and counterfeit and pirated goods » : an increase of counterfeiting 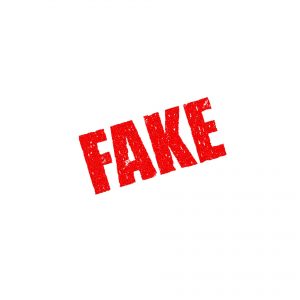 According to the latest report published by the Organization for Economic Co-operation and Development (OECD) and the European Union Intellectual Property Office (EUIPO), counterfeit and pirated goods has been increasing steadily in recent years.

The new report therefore shows that between 2013 and 2016, the share of counterfeit and pirated goods in the world trade increased significantly. In addition, this increase was observed during a period of a world trade slowdown.

Furthermore, the share of counterfeit products in the world trade is probably underestimated since these figures have been calculated based on customs seizure statistics and do not include counterfeit products consumed in the countries where they were manufactured, nor they include pirated products sold via the Internet.

The report also points out that counterfeit products tend to come from countries like China, Hong Kong, Turkey, Singapore, Thailand, India, Malaysia and the United Arab Emirates. In addition, it indicates that the companies that are affected the most by counterfeiting are located in the OECD countries (i.e. the United States, the European Union, Japan and South Korea). In the European Union, counterfeit and pirated products represent 121 billion euros, an equivalent of 6.8% of total EU imports in 2016, compared to 5% in 2013.