Make sure to update the status of your trademarks with the Trademarks Register!

Home / Trademarks / Make sure to update the status of your trademarks with the Trademarks Register!
Trademarks 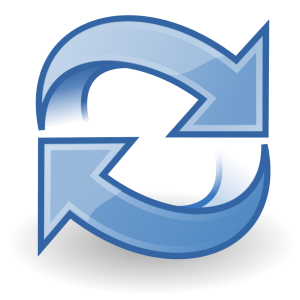 An order of the European Court of Justice (ECJ) dated September 8, 2016 highlights the need for business trademark owners to register all relevant changes with the Trademark Register.

Changing one’s corporate name requires compliance with various formalities, such as amending the statutes or even advertising in a Journal of legal notices. When the business is a trademark owner, recording the change into the Trademarks Register is another formality requirement.

This recommendation is the result of an order of the ECJ dated September 8, 2016 where a company’s opposition to a trademark filing was dismissed on the grounds that its change of name did not allow it to oppose its trademarks to third parties insofar as it had not been entered into the Trademarks Register. This ECJ decision is contrary to the existing French legal framework with respect to trademarks.

In accordance with Article L714-7 of the Intellectual Property Code, a trademark holder is required to make a recordal with the INPI only for some changes.

This article is at the root of the distinction made in practice between “compulsory” entries for changes in ownership of the trademark (transfer, merger…), and “optional” entries affecting the trademark owner (new legal form, new registered office, new corporate name).
Such an important distinction allowed businesses to prioritise the formalities to be carried out. As soon as a company was confronted with a “compulsory” entry, this change had to be entered with the INPI. If not, ownership was not enforceable against third parties. However, in the case of “optional” entry, the absence of entry in the INPI Trademarks Register did not impact the existing rights.

This policy is being questioned by the ECJ’s recent decision, which seems to require a balance between the business information with the Trade and Companies Register and trademark information with various Trademark Offices.

While the ECJ has recently reduced its requirements for registration with the Trademarks Register of licences for trademarks or designs, this is not the case with respect to registration of changes concerning the trademark owner.

On September 8, 2016, the ECJ dismissed Real Express SRL’s opposition to the filing of a European Union trademark by MIP Metro Group Intellectual Property GmbH & Co KG. The Court then confirmed the position adopted by previous European institutions, namely the EUIPO and the General Court of the European Union, and considered that the applicant did not justify having rights over the registration of Romanian trademarks on which the opposition was based.

This debate arose as a result of a change of name from Real Express SRL to SC Unibrand SRL at the time of filing. The application for entry with the Romanian Office (OSIM) only took place a few days before the opposition. The various European bodies will judge this application for late registration insufficient and consider that Real Express SRL does not establish the existence of rights to earlier trademarks which was the reason for the opposition.

Late submission after filing of the opposition of a simple fax sent by OSIM confirming the request for registration of change of name and confirming the ownership of the trademarks since June 2011 will be considered insufficient. The ECJ therefore requires that the applicant’s situation be legitimate on the date of the application, otherwise his objection may be rejected.
This solution should be applied not only to changes in corporate name but also to changes in the registered office and changes in legal form.

This ruling will have major implications for trademark owners. As soon as the details about the trademark owner become outdated, protecting a trademark right becomes risky.
It is obvious that a simple application with the Trademarks Register is insufficient, as registration of the entry must be effective. Depending on the country, this registration may take some time. There are, of course, fast-track procedures.

This decision encourages the anticipation and securing of trademark rights by entering all changes that may affect a trademark.

IPzen protects and defends your trademarks

IPzen is the solution to simplify your trademark portfolio management. Thanks to its trademark management module, you will have access to in-depth information on each trademark, a quick overview of their registration status and an automatic calculation of official deadlines. Managing your IP rights has never been easier and safer!