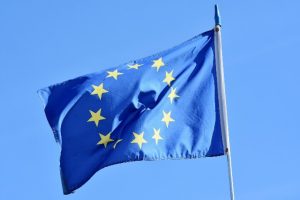 The European Union Intellectual Property Office (EUIPO) has announced that the milestone of two million EU trademark applications has been reached.

In a press release issued on June 10, EUIPO states that the two millionth EU trademark applicant is a Czech company, Crefoport s.r.o, which is a business consulting firm based in Prague.

This application represents an important event for EUIPO. Indeed, the number of European Union trademark applications has increased significantly in recent years. For example, 152,488 applications were filed in 2018 compared to 146,439 in 2017, an increase of 4.16%.

By way of comparison, the one millionth application had been received by EUIPO in 2011, while the European Union agency responsible for the management of the EU trademark and the registered Community design was created in 1994. The second millionth application was therefore reached more quickly.

In its press release, the EUIPO also announces that the number of European Union trademark applications is currently almost 150,000 per year and that 99% of these applications are filed electronically.

Christian Archambeau, Executive Director of EUIPO, said: “The figure of two million applications is a testament to the dynamism of EU businesses, both large and small, which represent approximately 70% of all applications at the EUIPO. So it is with great pleasure that I congratulate Crefoport for having chosen the EU trademark, along with thousands of other European businesses.”