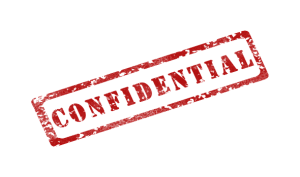 This decree modifies the rules of protection of confidentiality for seized documents. From now on a provisional sequestration will include protection of documents that may contain information related to trade secrets.

Article R 153-1 of the French Commercial Code now allows judges, to directly order the provisional sequestration of seized documents, based on Article 145 of the Code of Civil Procedure, in order to ensure protection of trade secrets.

However, it is only a temporary sequestration of seized documents. For a period of one month, the party or third party claiming that documents contain trade secrets may ask the judge to amend or withdraw his order.

According to Article R. 153-3 of the French Commercial Code, it is the responsibility of the party or third party claiming trade secrets to ask the judge to withdraw his order before a deadline set by the judge. It is up to the party to provide the following:

– The full confidential version of the document

– A non-confidential version or a summary of the document

The judge may also hear separately the holder of the document, assisted or represented by an authorized person, and the party that appeals the order.

In case the party claiming that the document contains trade secrets has not sent an application to withdraw or amend the order within one month, the judge may rule on the total or partial lifting of the sequestration. If it is lifted, the documents can then be sent to the applicant.

With the new legislation, the party whose documents were seized can protect the confidentiality of documents, at least temporarily. At the same time, it allows the applicant to have access to the seized document if no request is made within one month.

IPzen can assist you in the management of your trademarks portfolios in all countries of the world. Do not hesitate to contact us.