Reform of the Finnish Trademark Act 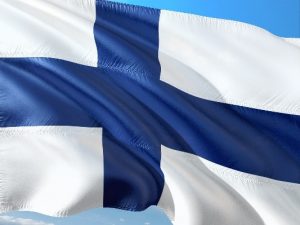 The new Finnish Trademark Act came into force on May 1, 2019, after having been ratified by the Finnish President on April 26, 2019.

This legislative reform was an opportunity to incorporate into the Finnish legislative system the provisions of the EU Directive of December 16, 2015 (2015/2436 EU) and the Singapore Treaty on the Law of Trademarks of 2006. This is, therefore, an important update.

The main contributions of this reform concern  the following legal issues: the drafting and interpreting the wording of the goods and services protected by a trademark, the representation of the trademark, the opposition procedure to the registration of a trademark, the procedures for cancelling and revoking a trademark, and the transit of goods.

Thus, owners of trademarks filed before   January 1st, 2014 and which wording is entirely composed of complete general class headings of the Nice Classification, or of a class heading claiming the complete alphabetical list of the class, can specify which goods and services are designated. This clarification must be made at the latest before the first renewal of the trademark, after the entry into force of the new law. If such clarification is not provided, the scope of the protection conferred by the mark will be limited to the goods and services covered by a literal interpretation of the title of the class.

In addition, the requirement of a graphic representation of the mark has been cancelled. It is now possible to register a trademark provided it is possible to distinguish the goods and services it designates from those designated by other trademarks. It is thus now possible to register a sound mark or a shape mark, if it can be represented in a manner that allows the competent authorities and the public to determine clearly and precisely the scope of the protection granted to its owner. Let’s also note that the new black and white figurative marks will be protected only for the black and white version but not for their potential  colour versions.

The legislative reform also introduced the possibility of filing an administrative cancellation or a revocation action of a trademark or trade name, whereas previously it was only possible to do so before the « Market Court », a special court hearing market law. A decision is then rendered by the Finnish Patent and Registration Office.

Finally, this reform also introduced changes about goods in transit in Finland. Trademark rights holders can now prohibit the introduction into Finnish territory of goods  bearing the same or similar trademarks to their own, even if these goods are only in transit, unless the third party can demonstrate that the trademark holder cannot prohibit placing these goods on the market in their final territory of destination.

This reform of the Finnish trademark Act demonstrates once again that trademark law is becoming increasingly uniform within the European Union. However, there are still some particularities that need to be taken into account.