Should artificial intelligence be protected by intellectual property law? 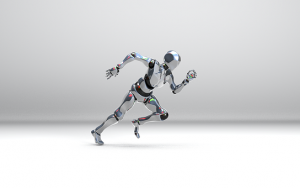 From Netflix recommendation system to self-driving car tests, or the Google Home smart assistant, artificial intelligence (AI), defined by ISO 2382-28 as “the ability of a functional unit to perform functions. commonly associated with human intelligence, such as reasoning and learning,” is now ubiquitous in our daily lives.

AI is a source of major advances in technology and in the business world. Used across a variety of industries, it impacts virtually every aspect of creation and continues to thrive with the increasing amounts of available learning data and advancements that provide access to high computing power at an affordable cost. Artificial intelligence and intellectual property intersect at many points.

Although it is constantly evolving, the law sometimes struggles to adapt; in that sense, the intellectual property issues at stake are particularly important. We must ensure that companies investing in these technologies can fully benefit from their commercial spinoffs.

The principle in copyright is as follows: Article L111-1 of the Intellectual Property Code provides that the author of an intellectual work enjoys over this work, by the sole fact of its creation, of an exclusive and intangible property right enforceable against all.

Can we consider AI as an author and its achievements as works of the mind? Can he therefore be granted protection as a human being endowed with legal personality?

To be protected under copyright, a work, regardless of its form, must be sufficiently original. In other words, it must reflect the personality of its creator. Although there is no precise definition of originality in the Intellectual Property Code, which reflects the legislator’s desire to make it a broad and subjective concept, it is settled in case law that in order to meet this central criterion, a human intervention is required in the creative process. The majority of doctrine considers that AI has neither a mind nor a personality in the legal sense.

Regarding the authorship of an AI-generated work, it is difficult to determine whether it should go to the designer of the AI ​​(who is the creator of it), to the owner of the AI ​​(who is exploiting the AI) or be shared between these two parties, or be attributed to the AI ​​itself. This last case involves recognizing robots as electronic persons.

Like the case of the monkey who took a selfie alone, and in which the American courts refused to recognize the authorship of the animal or the owner of the camera, a creative AI does not yet have a legal personality.

Francis Gurry of WIPO said that “from a strictly economic point of view, if we put aside the other objectives of the intellectual property system, such as ‘fair consideration’ and moral rights, nothing justifies that we do not use intellectual property to reward inventions or creations generated by artificial intelligence”.

Intellectual property as we know appears to be inappropriate for new developments in AI and could be a brake on value creation in the future.

In order to fill the legal vacuum concerning the regime applicable to the creations of AIs, lawyers and experts looked into the subject and identified several perspectives. First of all, the most obvious option would be for the legislator to create a sui generis right precisely framing the legal status of AIs in France or to adjust the current law.

This is the path that seems to be taken to resolve robot liability issues, but which divides opinion. On the one hand, the European Parliament, supported in particular by car manufacturers, proposes to create a specific legal personality for robots capable of making autonomous decisions or of interacting independently with third parties.

The attribution of this personality, known as electronic, would hold the robots responsible for any damage caused to a third party. On the other hand, AI experts, academics and business leaders find this approach inappropriate and raise ethical issues.

Given the economic and legal stakes of machine learning and until a better option is found, many companies are taking advantage of protectionist trade secret laws. Unlike patents, industrial secrecy (or “trade secret“) does not require the operation of the invention to be made public.