Trademarks: coordination between the principle of specialty and the Evin French Law on alcohol trademarks

Home / Trademarks / Trademarks: coordination between the principle of specialty and the Evin French Law on alcohol trademarks
Trademarks 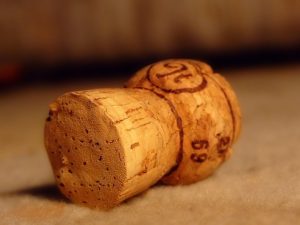 The “principle of specialty” in trademarks law is set out in article L. 713-3 of the French Intellectual Property Code, under which the owner of a trademark only has a monopoly for the products and services that the trademark designates. However, this principle does not hold good when the products in question happen to be alcoholic beverages.

The Evin law n°91-32 of 10 January 1991has been used to challenge this logic in the name of the French public health law.

Thus, under application of this law, a trademark designating alcoholic beverages may be registered, the owner of an earlier trademark may file a cancellation action against this later trademark even though the trademarks do not designate the same products.

Article L. 3323-3 of the French Public Health Code is the basis for such requests for cancellation. It states that “Propaganda or advertising in favour of an organization, service, activity, product or article other than an alcoholic beverage which, by its graphic design, presentation, use of a name, trademark, advertising emblem or other distinctive sign, recalls an alcoholic beverage is considered to be indirect advertising.”

In this respect, the French Cour de Cassation has given this a broad interpretation. DIPTYQUE was thus able to obtain the cancellation of the “Diptyque” trademark registered by HENESSY, designating alcoholic products in a decision of 20 November 2012 (Cass Com., 20 November 2012, n°12-11753). In this decision, the Court of Cassation did not accept that earlier trademarks cannot be valid citations because they designate different products and services to alcoholic beverages. Through an abstract analysis, the Court concluded that “the registration of the Diptyque trademark by HENNESSY and the marketing of products under it created an obstacle to the free use of the original trademark”.

However, more recently judges have adopted a more nuanced approach of the scope of Article L. 3323-3 of the French Public Health Code.

In a judgment of 3 November 2017, the French tribunal de grande instance (High Court) in Paris took a global analysis. In this instance, CACHE-CACHE, the owner of two earlier trademarks “Cache-Cache”, sought the cancellation of the application for registration of a trademark “Cache-Cache” designating alcoholic beverages. The judges did not grant this request on the grounds that the company had not demonstrated “how the exploitation of its trademarks for women’s clothing and accessories in its eponymous boutiques and on the Internet via its websites, cachecache.fr and cachecache.com, could be considered as indirect advertising in favour of alcoholic beverages”.

In other words, the mere identity or similarity of the trademarks in question did not automatically generate indirect advertising for alcoholic beverages. The later trademark therefore did not infringe the earlier trademark.

On this basis, in order to obtain the cancellation of an identical or similar subsequent trademark designating alcoholic beverages, it will be necessary to demonstrate the actual existence of indirect advertising (as prohibited by article L. 3323-3 of the French Public Health Code) which hinders exploitation of the earlier trademark. Proving that consumers may be led to establish a link between the companies’ respective trademarks is one way to demonstrate such prejudice.

Thanks to this decision, the “principle of specialty” has regained its full force, to the detriment of owners of earlier trademarks who will no longer be able to enforce their earlier rights in an absolute manner. It remains to be seen whether the Court of Cassation will follow this reasoning or not.

IPzen can help you manage your trademarks and support you in protection of your IP rights thanks to its simple and intuitive platform! It offers full access to your entire trademark portfolio. In addition, you can instantly follow the progress of trademark proceedings and their status (oppositions, disputes, etc.).