Turkey: a new Industrial Property Code based on the European model 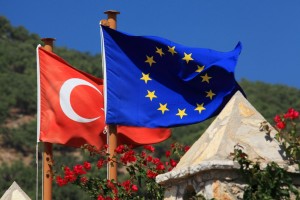 Turkey has just adopted an Industrial Property Code, and it has come into force on January 10, 2017. Prior to that date, Turkish Industrial Property rights were regulated by ordinances dating back to 1995. These ordinances were progressively quashed by the Turkish Constitutionnal Court because the area had yet to be shaped by the legislative channel,  which had remained silent thus far. The last ordinance was quashed on January 6, 2017. In this context, the Code has finally filled a legal void and provided a solution to those rulings. However, its’ Article 1 provides for a smooth transitional period where the ordinances will continue to apply to filings until said Code enters into force.

Apart from changing the Turkish authority’s denomination (now referred to as the Turkish Patent and Trademark Office), the Code provides several new features.

Firstly, the Code expands scope by expressly providing the opportunity to protect colour and sound trademarks.

As regards to oppositions, the time frame has been reduced from 3 to 2 months. In addition, it is now possible to request proof of actual use of the trademark from the opponents, provided that it was registered for more than 5 years (whereas previously one could just submit the filing receipt in order to submit an opposition)

As for renewals, it is now possible for the applicant to renew his own trademark for part of his products and services.

The Code also expands the scope of legal action for infringement actions. On one hand, the civil suit shall be open to the trademark owner who, initially, could only take action for annulment. Similarly, the latter may now take action to obtain an order against the use of a trademark as a commercial or company name. Moreover, regarding the counterplea, the earlier owner’s non-use may be raised and the other ongoing applications will no longer stay the proceedings. On the other hand, a criminal suit may now be brought against an offering of services on the grounds of infringement, whereas under the former legal framework it used to be limited to products. Besides, the destruction of the counterfeited goods can now also be ordered.

The new features on designs

The extent of the scope of protection has been expanded: the section entitled “industrial designs” has now been renamed “designs”. . Non-registered design are now protected for for 3 years from their first introduction to the public.

The timeframe for opposition has been reduced from 6 to 3 months. Finally, the Office now has the authority to examine design novelty.

The major innovation regarding patents is the withdrawal of the non-examined patent system in order to comply with EU legal provisions.

For the first time, Turkish standards mention their officials and set a legal framework for them. These agents must be registered with a registry. In the event of non-compliance with disciplinary rules (not yet adopted), they may be sentenced to sanctions ranging from a warning to temporary detention or inhibition.

In conclusion, the new Code has set the necessary rules for industrial property in Turkey. Difficulties may arise, however, with regard to practicals concerning the application of criteria for proof of actual use, and concerning the applicable procedure for declaring forfeiture during the transitional period. For now, it is necessary that we wait and monitor development in the field, possible solutions and especially implementation procedures.

Get peace of mind by subscribing to one of our watch services. You will be able to protect your intellectual property rights without risking any potential usurpation.