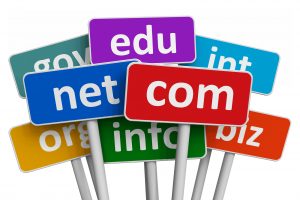 A domain name enjoys protection, but when does it acquire such protection?

The Tribunal de Grande Instance of Nanterre points out that a domain name is a distinctive mark, which is acquired not from its reservation but from its effective and unequivocal use. As a result, the use of a domain name almost identical to one which was previously registered and used for an identical activity may amount to wrongful conduct.

In the matter at hand, a Spanish company edited an online dating website available on www.leboncoup.net, a web address reserved in December 2009. In July 2011, a competitor reserved the domain name “le-boncoup.fr” and published it online in February 2012. Alleging that these acts amount to unfair and parasitic competition infringing its earlier rights over the domain name “leboncoup.net”, the Spanish company addressed a letter of formal notice to the competitor in October 2013 ordering cessation of use of the eponymous domain name. The said formal notice had no effect.

After having noted that « leboncoup.net » is effectively in operation and has been  generating personal traffic and cash flow since May 2011, the tribunal held that operation of a website in an identical field under the domain name “le-boncoup.fr” gives rise to a likelihood of confusion between the two websites and causes prejudice to the applicant. The tribunal emphasized that ignorance of the existence of the website “leboncoup.net” is irrelevant to reserving the “le-boncoup.fr” domain name, with regard to the charges of wrongful conduct. Indeed, the wrongful element is not the domain name reservation but its use, almost one year later, in an identical field. The court, therefore, found that the competitor was civilly liable on the basis of Article 1382, now Article 1240 of the Civil Code.

Is it compulsory for the domain name to have a distinctive character in order to benefit from this protection?

The Cour de Cassation considered that the lack of distinctiveness of a domain name cannot, in itself, constitute grounds to dismiss an unfair competition claim.

In the matter at hand, Pressimo On-Line, holder of the trademark “coteimmo” and reserving party of “lacoteimmo.fr” and “lacoteimmo.com” domain names, objected to the fact that the company La Cote Immobilière had reserved and used the “lacoteimmo.net” domain name in order to provide identical real estate services and transactions, and sued it for counterfeiting as well as unfair and parasitic competition. In its judgment dated March 13, 2015, the Cour d’appel of Paris pronounced, on the one hand, the invalidity of the “lacoteimmo” trademark based on the use of the word “cote” in commonplace language, therefore rejecting the characterisation of counterfeit. On the other hand, it also dismissed the unfair competition claim of Pressimo On-Line for lack of distinctiveness of the domain name which, according to the court, is a necessary condition for protecting the domain name from use by competitors.

The Cour de Cassation overruled the decision and held that the unfair competition claim is open to one who does not have exclusive rights. Consequently, the original or distinctive character of the replicated domain name does not constitute a condition for the validity of the claim but rather is relevant only to the examination of the likelihood of confusion. The court, therefore, reassigned to the trial judges the task of establishing the existence, or the non-existence, of a likelihood of confusion.

Indeed, judgments on merits in other cases already upheld a likelihood of confusion and confirmed an unfair competition practice. Hence, judges ruled that there was unfair competition between two companies using “annoncesvacances.com” and “annonces-vacances.com” domain names, both advertising holiday trips. (CA Paris, 4th chamber, October 8, 2003, Frederic R. c/ Excelsior Publications). In addition, the likelihood of confusion amounting to unfair competition was upheld against the domain names “lhotellerie.fr” and “hotellerie.fr” which were specializing in hospitality industry services (CA Paris, 4th chamber, sect. A, January 24, 2004, SARL Bur-Gest c/ SA Sept Société d’édition et de périodiques techniques). When a reserving party proves that it has been harmed following a competitor’s attempts to use its domain name in a parasitic manner and benefit from its economic value, the originality or distinctiveness of the domain name is irrelevant.

Get the peace of mind by subscribing to one of our watch services. You will be able to protect your intellectual property rights without risking any potential usurpation.

IPzen will also help you transfer or cancel a litigious domain name and will assist you in the dispute resolution procedure. IPzen will also attempt to remove any content which may compromise your commercial interests.