Apple’s Face ID trademark finally registered in China : how did it go? 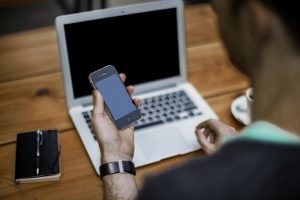 It is on September 12, 2017, during the unveiling of the iPhone X, that Apple Inc. presents to the world its new technological revolution: facial recognition. At a glance, face ID unlocks your iPhone or iPad Pro without touching your device.

However, this system has been subject to disagreements as to its trademark registration between the different Chinese jurisdictions.

” in class 9 ” computers, telephones, 3D glasses, etc “. the Chinese National Intellectual Property Administration (CNIPA) refused, considering a lack of distinctiveness. CNIPA adopted the following reasoning: article 11(2) of the Trademark Law of the People’s Republic of China provides that a trademark cannot be registered when it “directly indicates only the quality, principal raw materials, function, use, weight, quantity or other features of the goods”. However, a literal translation of the applied trademark was “facial recognition”, hence directly indicating the function and use of the product, thus constituting the Article 11(2) scenario.

Following this decision, Apple Inc. appealed to the Adjudication Board of CNIPA (prior “TRAB”).  According to the Board, the applied trademark has a distinctive character since it is composed of the famous apple logo

, recognized worldwide as a well-known mark with strong distinctiveness. Nonetheless, the Re-Examination Chamber of CNIPA disagreed, and uphold the prior decision: they confirmed the rejection of the trademark.

But Apple Inc. did not give up and turned to Beijing Intellectual Property Court in charge of the administrative litigation brought against CNIPA. Beijing IP Court then adopted a completely different reasoning: the applied trademark as a whole was composed of the apple logo, recognized as a well-known trademark with a strong distinctive character, and a word part. The Beijing Court thus considered that the public concerned would naturally associate the trademark with Apple Inc. due to the presence of the logo. Dissatisfied with this decision, CNIPA appealed to the Beijing High People’s Court: the Court rejected the appeal, thus confirming Beijing’s decision and the validity of the trademark.

” was considered a “suggestive mark”, mainly because of to the presence of the apple logo in the components of the mark, thus allowing it to acquire a distinctive character not falling within the Article 11(2) scenario.

A “suggestive mark” indicates the nature, quality or a characteristic of the goods and services for which it is used, but does not describe that characteristic: it is therefore not considered a descriptive trademark.

This is how the trademark “

” was finally registered in China: the presence of the logo in the components of the trademark appears as a determining element in the Court’s decision, and the trademark would probably have been considered descriptive in its absence, which would have been a determining obstacle to its registration.

IPzen’s trademark module allows you to manage brand portfolios worldwide and includes an automatic calculation of all renewal deadlines. Manage your brands securely with IPzen!