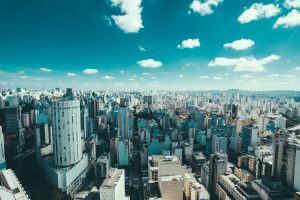 On May 22, 2019, the Brazilian Senate approved the Draft Legislative Decree No. 98/2019 providing for Brazil’s accession to the Protocol Relating to the Madrid Agreement Concerning the International Registration of Marks. It had already been approved by the Legislative Chamber, and it must now be signed by the President of the Republic.

The Madrid system is a system governed by two international treaties, namely the Madrid Agreement concerning the International Registration of Marks, concluded in 1891, and the Protocol relating to that Agreement, concluded in 1989. As explained by the World Intellectual Property Organization (WIPO), this system “makes it possible to protect a mark in a large number of countries by obtaining an international registration that has effects in each designated Contracting Parties”.

The benefits of acceding to the Madrid Protocol are many. Registering a foreign trademark via the Madrid system is easier and less expensive than filing a national trademark in a foreign country.

In addition, Brazil expects trade benefits from accessing the Madrid protocol, since as of today, 104 members from 120 countries, and representing more than 80% of world trade, are members of the Madrid Union.

For example, the Madrid Protocol provides that a trademark application must be examined within 18 months of its filing date. The Brazilian INPI has only recently fulfilled this condition. Indeed, whereas at the end of 2017 this period was 48 months in the event of an opposition, and 24 months in the absence of an opposition, this period is now 13 and 12 months, respectively, since the end of 2018.

In addition, measures about the language of the proceedings will have to be taken. Indeed, the Draft Legislative Decree No. 98/2019 specifies that a trademark application via the Madrid system may be made in English or Spanish. However, since Brazilian trademark applications are only filed in Portuguese, it is necessary that the procedures within the Brazilian Trademark Office be changed.

This new system will become effective as of October 2019.

IPzen can help you manage your trademarks and support you in protection of your IP rights thanks to its simple and intuitive platform! It offers full access to all your entire trademark portfolio. In addition, you can instantly follow the progress of trademark proceedings and their status (oppositions, disputes).